During the first Gulf W 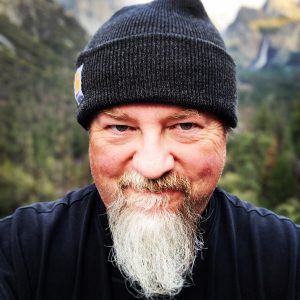 ar, several of my friends from college were in the reserves and were activated to fight the Iraqis. CNN reported that once the soldiers were deployed and the 4 day war was over, they were faced with massive downtime and were restricted to their base due to the travel limitations set by the Saudi government.

I am a voracious reader and at the beginning of the Gulf War, I had a closet full of paperback books. Books that I had already read and were not being used. So instead of selling them at the used book store, I packed them up in small care packages and sent them out to all the soldiers, sailors, marines and airmen I had addresses for.

Within a few weeks, I ran out of books before I ran out of addresses. Friends and family members began donating their paperback books and in the end, over 1000 books were sent to the Gulf. Unless it was the day for them to fly back home, mail-call days were one of the most anticipated events of deployment.

After the war, I received many thank-you notes from soldiers who got one of my books.

After September 11, 2001 I knew I wanted to do the same thing, but I couldn’t do it all myself. I put together BFS quickly, thinking it would be an interesting but temporary project. I had assumed the troops would be back home in just a few months. To paraphrase Luke Skywalker, “everything I assumed was wrong.”

Regardless of why the military is deployed, the men and women of our armed services are there for us. They deserve our support and if we can make their deployment easier, then all the better.

BFS is a non-profit corporation, operated as a ministry of the non-denominational, interfaith Order of the Red Grail in the United States.