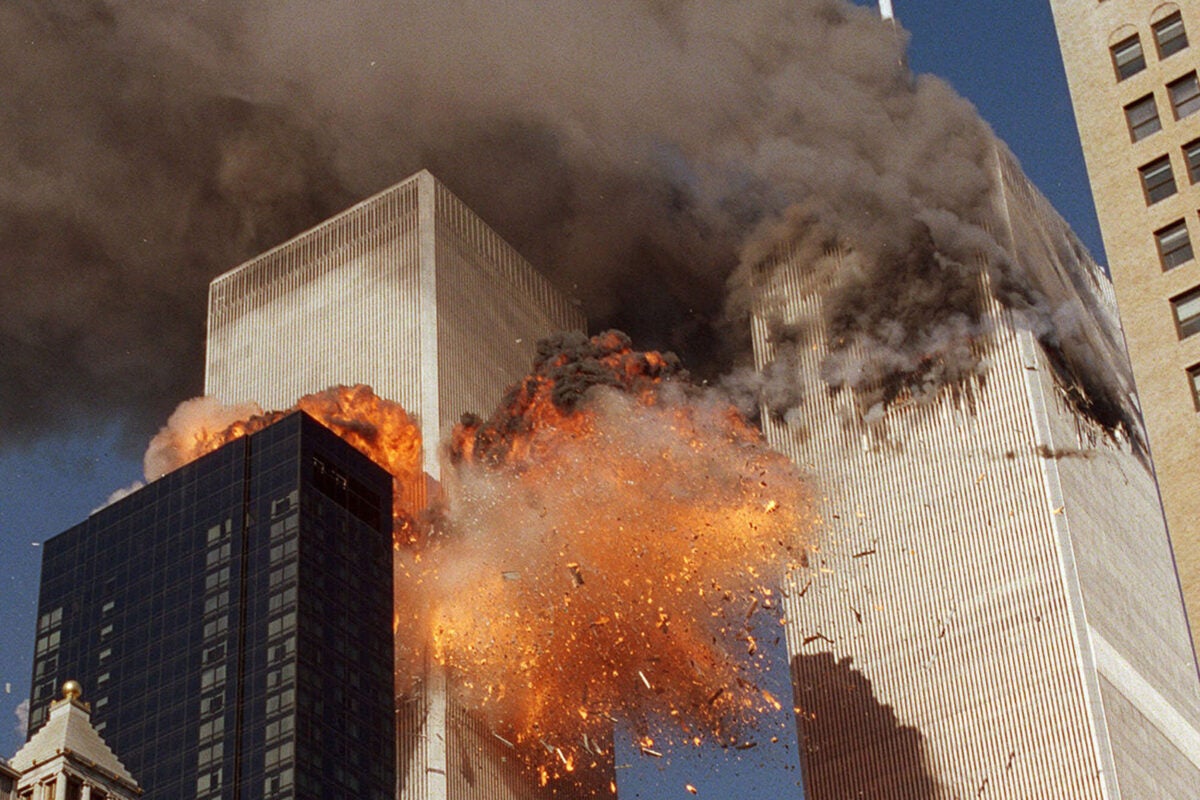 On September 11th, 2001, the world was forever changed by the terrorist attacks on New York City, Washington, DC and Pennsylvania. The moment I saw the second airplane hit I knew we were at war, but no clue with who. I knew our soldiers, sailors, airmen, marines and guardsmen would be deployed in a very short period of time to parts of the world where civilization didn’t exist.

The next day I knew I wanted to help the soldiers like I did during the First Gulf War, by sending our people in uniform books to read. If I could just help a few of them get their head out of the war for a short period of time, I would be successful. But this time, for this war, I would need help. And Books For Soldiers was born.

Over the last 20 years, BFS has sent over $32 million US in aid to members of the US military serving overseas. Volunteers poured into our servers from across the nation. We started getting featured on the news, in magazines, in books and on early social media platforms. Soldiers were requesting books from us. Individuals, church groups, quilting circles, book clubs and local libraries started sending them books. I tried to keep count, I really did but the volume of books flowing to troops became too time-consuming to count. I stopped counting when we hit 400 tons and we shipped that in about 3 months. Our volunteers not only sent books, but they sent grandma’s cookies, Band Aids, stamps, letters of hope and best wishes from total strangers. In essence, we sent our love and high hopes to our soldiers.

One of our biggest projects was the Baghdad International Airport Library. Somewhere, in the basements of the airport terminal, we stockpiled hundreds of thousands of books that soldiers in the Green Zone could check out. For about a six month period, it became the largest English language library in the Persian Gulf States. We built other libraries in far flung Army camps nestled on mountain tops, in remote Navy vessels at sea – anywhere US troops were deployed, we sent books.

As the war dragged on we began to branch out with other book-specific missions to help our deployed troops. We started College For Soldiers to get a free textbook into the hands of soldiers every month. The deployments for would be students were so many and so chaotic that they could not get their educations completed during regimented semesters. We assembled a guide to help them through the possible paths to graduation. We worked with chaplains to get books of faith into the hands of soldiers who wanted them. Bibles For Soldiers, Torahs For Soldiers and Korans For Soldiers were foundational to many who served in the Middle East. Any soldier could request one of those books and we would send it to them just like the rest of the books we sent; free.

After the troops started coming home, we started rec rooms on bases here in the US, typically in Wounded Warrior Battalions. These rec rooms, that we called “bunkers,” had small kitchens, wide screen TVs, X Boxes and PlayStations, scads of video games, and of course books. We hosted birthday parties, celebrated holidays and rumor has it Santa dropped by. We also offered a shoulder to cry on.

That is a lot to accomplish by a fevered band of book nerds. But for me, there is one more thing we did that was more important than anything else. We started getting letters, emails and postcards from soldiers, over a thousand of them, thanking us for sending a book because it gave them the courage to take the gun out of their mouth. I have never known how to feel about something a simple as a book giving someone the will to come home alive.

But today, 20 years after the attacks, to the day, our Board of Directors has decided Books For Soldiers will close.The book request forum will remain open for another 30 days to make sure all requests are fulfilled. The troops are back from Iraq and more recently Afghanistan. Our mission, at least with this conflict, has been completed and far exceeded anything that I could imagine. I originally thought “our troops will be home in a few months. This will be a good short term project!” But here I sit, typing, 20 years later, immensely humble and eternally grateful. I am grateful for all of our troops; those that made it home and those that did not. I am also grateful for our 300,000 plus volunteers that made all of this possible. Without you, our soldiers would have had a more difficult time in the hellscape that is war.

If we get ourselves into another war, BFS will open back up. But as it stands the website, security and legal expenses are too expensive to keep going. We will be keeping the powder dry… just in case, but we hope we never have to reactivate our volunteers.

My thanks to you all. It was one hell of a ride. Maybe now I can get around to reading MY books!